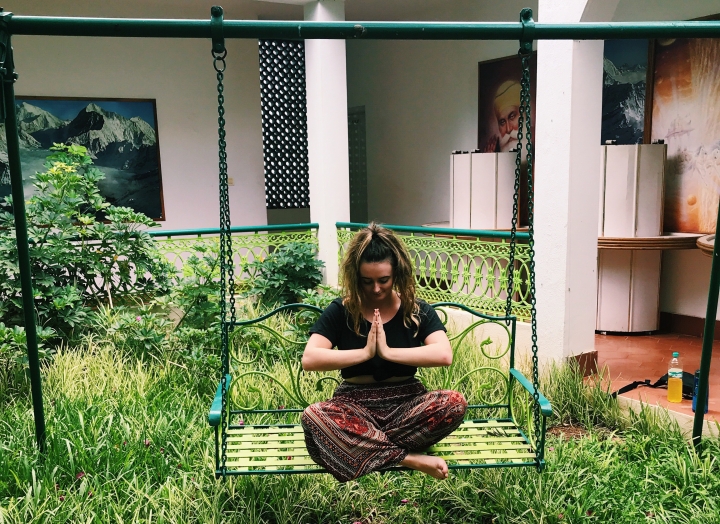 Hey guys! I know it’s been a while… again… I’ve been lacking a lot of motivation lately and having a quarter-life crisis, but what better to drag me out of a creative rut than a travel post? As a lot of you may have gathered from the Instagram spam, I travelled to India for 2 weeks back in June with an organisation called SLV Global. Placements are offered to Psychology students and graduates looking to gain some hands-on experience in the field and to immerse themselves in a new culture. So when I was accepted onto their Clinical and Ancient Psychology placement in India, it was pretty much a no brainer for me seen as I’ve just graudated! 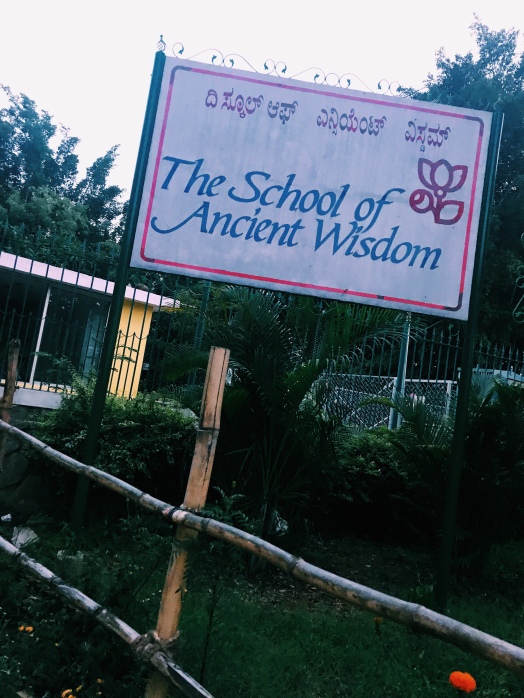 Now, I’ve always been bit of a home bird. Don’t get me wrong, I love going on super fun adventures and trying new and spontaneous things! Howeeeever, I love my family so much and tend to miss home comforts a lot more than others might. Taking this into consideration, travelling across the world was a pretty big thing for me, even for just 2 weeks. Would I even enjoy it? Will it benefit me? Will I make friends? Who the hell do I think I am going to India on my own? A million and one things were running through my head whilst counting down the months, weeks, days and until I left. Lucky for me, I had the best time ever and met some of the most amazing people. Prepare yourself for a story full of yoga, curry (lots of it) and laughs. Oh, and jet lag. 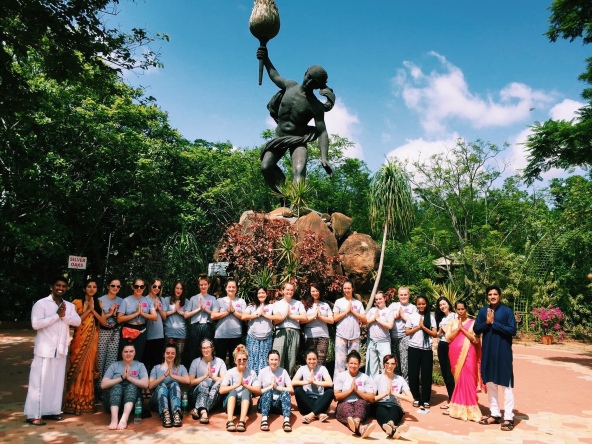 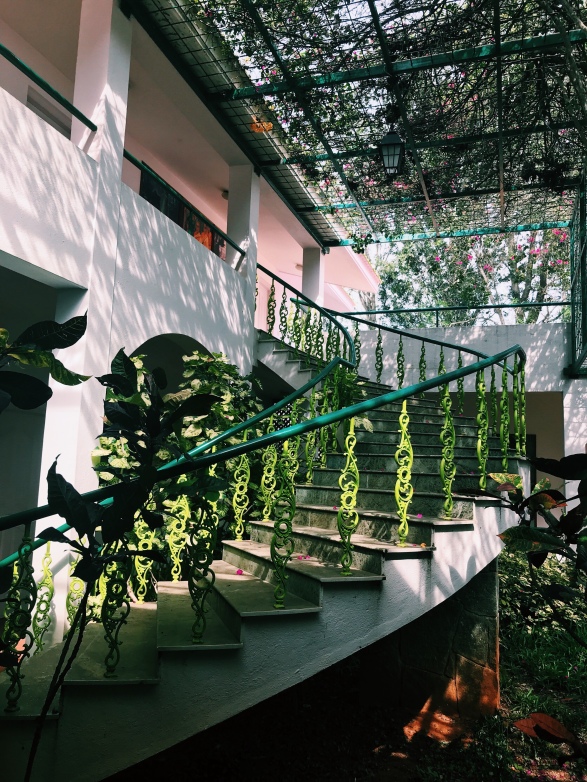 After a hefty journey from the Wirral to Manchester to Heathrow to Mumbai to Bengaluru, we arrived at the first destination. The School of Ancient Wisdom. I know, it sounds like something from a film, right? Well in some ways I suppose it was. It was unlike anything I’d ever seen before. Just picture this: acres upon acres of land filled with plants and trees, little houses looking over lakes, incredible statues and archways, wildlife and picturesque EVERYTHING. The school is gated off from the outside and is a retreat like no other, with 7am yoga sessions, an ayurvedic wellbeing diet and no wifi. Most importantly? Home to TEN dogs. It’s perfect for any aspiring yogi or someone who just needs a break from the “real world”. Now, you can stop trying to imagine what this magical place is like because I have photographic evidence. 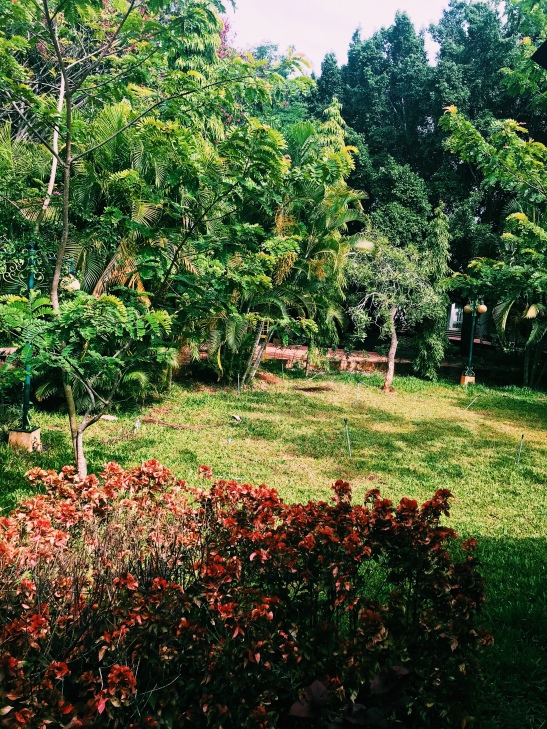 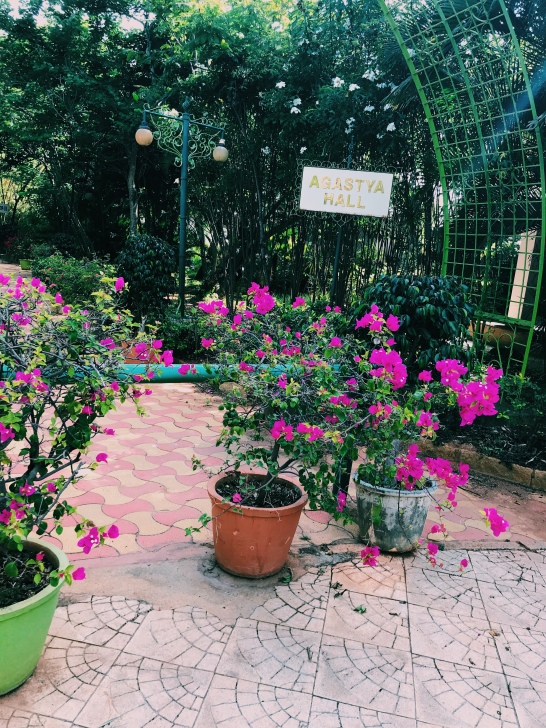 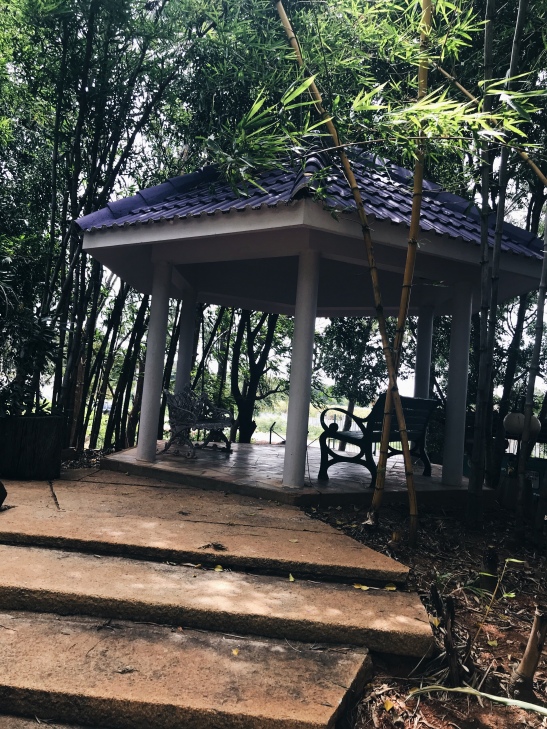 I’ll be honest, yoga has never really appealed to me (then again, never has any form of exercise or anything that requires willpower) but I genuinely enjoyed it and the way it made me feel so at ease, even in a situation where I normally wouldn’t. We also took part in meditation sessions including chakra channelling which I loved!!! For those of you who don’t know what chakras are, they are aspects of consciousness that influence your body’s energy. There are seven different chakras: Root (the feeling of being grounded e.g. financial independence), Sacral (connection to and acceptance of others), Solar Plexus (confidence and control), Heart (ability to love), Throat (ability to communicate), Third Eye (seeing the bigger picture) and finally, Crown (ability to be fully connected spiritually). The crown chakra is essentially the last level of candy crush when you’ve mastered all of the others. Each chakra is associated with a colour and channelling can enable you to understand if your chakras are opened or closed, depending on the colours you see. Whether a chakra is opened or closed depends on how well energy can flow through them, which is assumed to be governed by negative experiences in that area. For example, if you’re experiencing heart-break, you may struggle to channel your heart chakra. Chakra healing can enable you to overcome negative associations, and in certain cultures is believed to be a successful intervention to ill mental health. SO THERE YA GO. Heal your chakras kids. 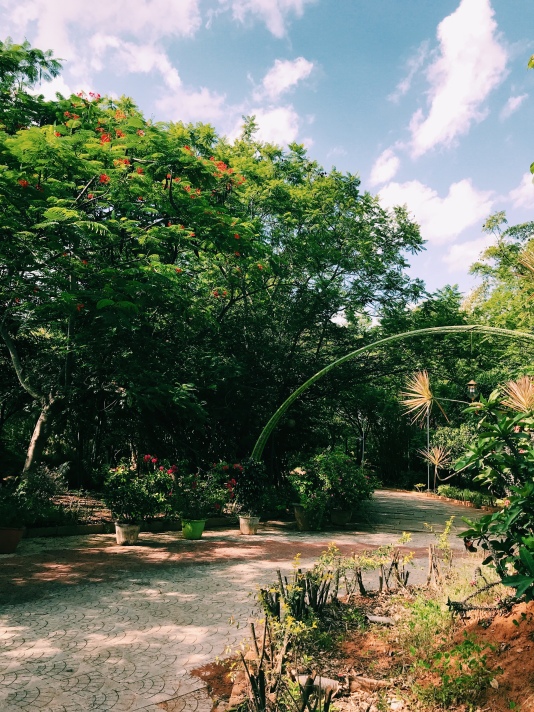 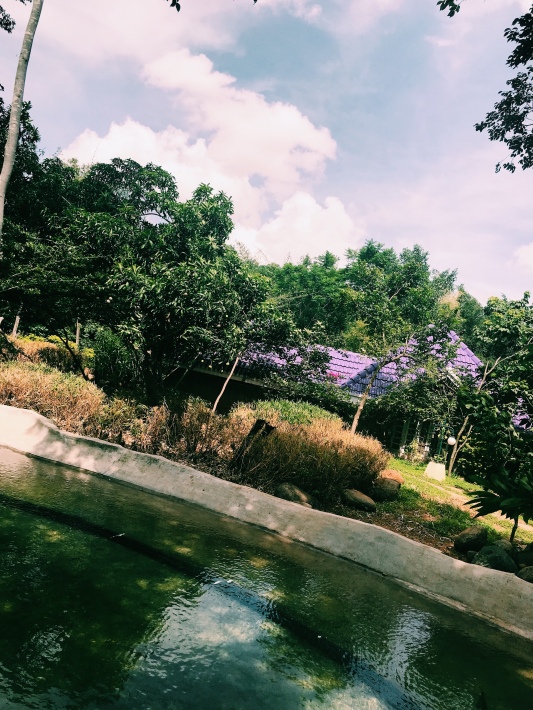 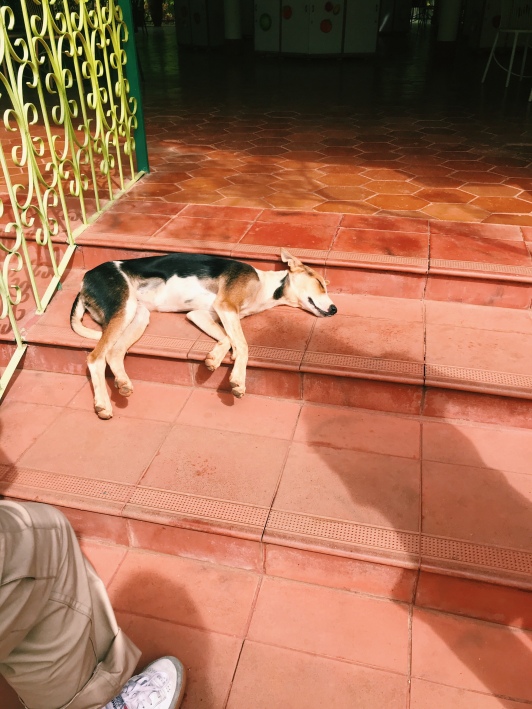 The School of Ancient Wisdom was my first look-in on India and it was incredible. Even if they do eat curry for breakfast. No really. But they did have banana and custard so it’s fine. On a more serious note, it’s difficult to put into words how beautiful this place as and I’m not even sure pictures could do it justice. I know it’s SUCH a cliché to say “oh I travelled and I found myself xxx” but for the first time in such a long time, I felt a sense of togetherness and at peace with myself. Whether that was down to being surrounded by wise people and beautiful scenery or just the lack of alcohol and McDonalds in my system we’ll never know. 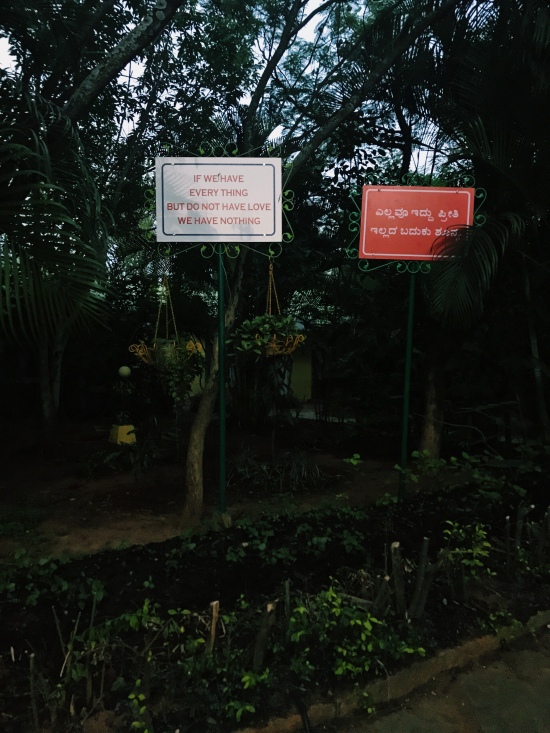 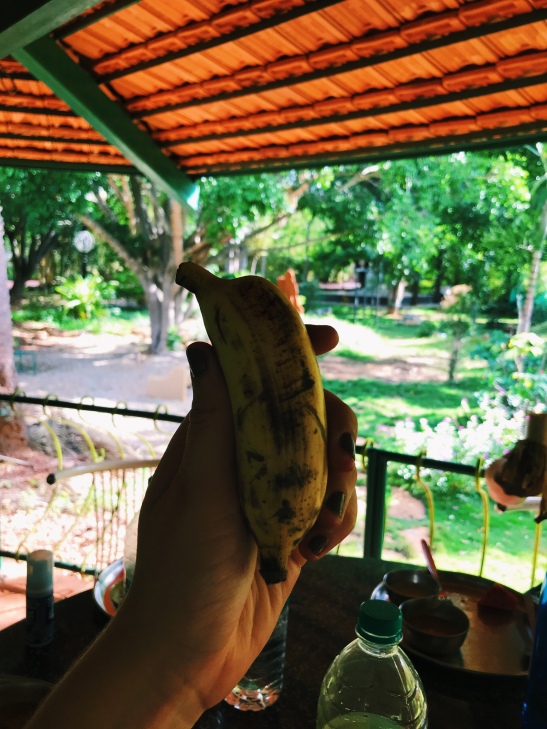 This is part one and god knows how many blog posts to come about India so stay tuned. I swear the others won’t be as philosophical as this one but I wanted to share with you guys an experience that I thoroughly enjoyed despite being reluctant. The moral of this post is if you have an opportunity just go for it! It might just be the best thing you ever do. 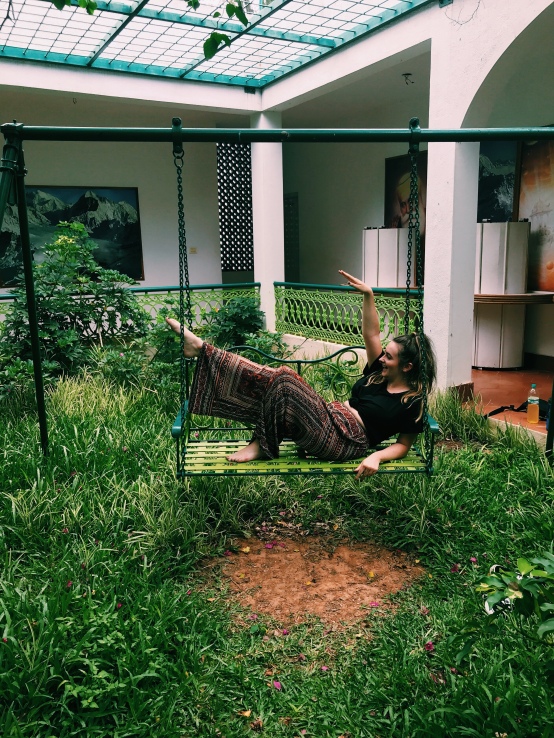